I have finally gotten around to creating a short Show Reel of some of my more memorable video encounters from over the years. This showcase features imagery from Yap, Lembeh Strait, Bali, Komodo, and Raja Ampat among others. This film is edited to show just a few highlights of interesting behaviour but no long or intensive coverage of any one animal.

Enjoy the video and feel free to share with your friends but please don’t edit or use the footage in any commercial venture without prior permission.

It has taken some time but I have finally edited down my video clips from the Underwater Tribe Raja Ampat trip aboard the Mermaid II liveaboard in March 2015.  As expected, the Raja area delivered some amazing diving for our group of explorers and the Misool area was especially abundant with clear water and plenty of fish.  If you would like to read a brief trip report on our 2015 adventures then please head on over to our Trip Report from March.  If you are interested in joining us on a trip of a lifetime to Raja Ampat we have booked the Mermaid II for the same moon phase at the same time of year in 2017 and we still have spaces available, please check out the 2017 trip page here: Underwater Tribe Raja Ampat 2017

Story Behind the Shot – Wayag Panorama 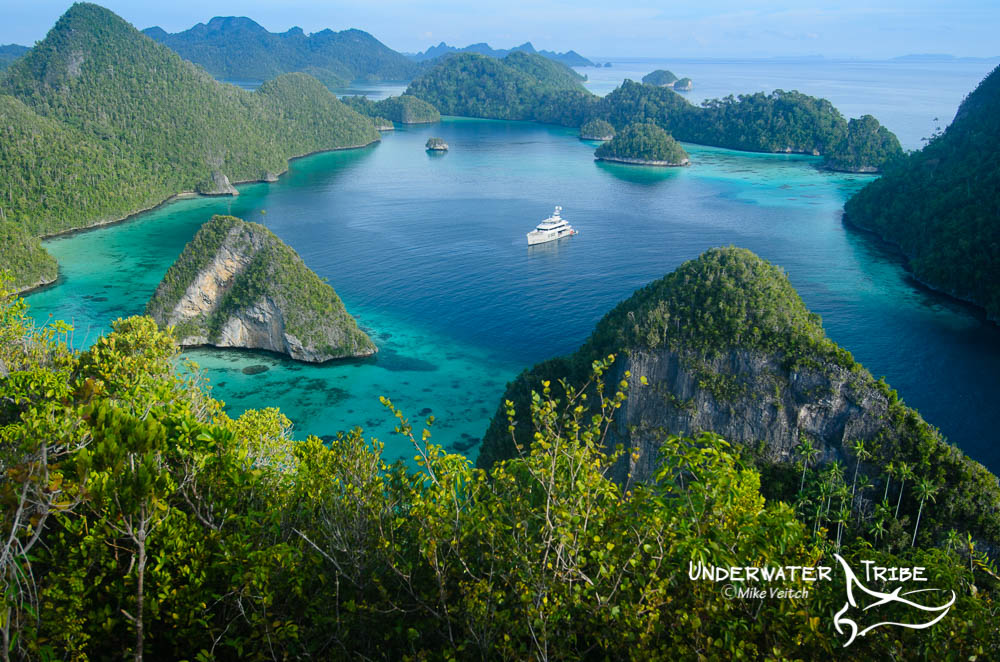 The view from the peak of Wayag, Raja Ampat, Indonesia

The signature shot of Raja Ampat, Indonesia is usually one featuring the panorama overlooking the incredible lagoon of Wayag, one of the northernmost island groups in Raja. To get this photo involves a short walk/climb to the top of one of the highest peaks in the island group and the hike itself is no easy feat! Taking about 30 minutes from the beach to the top, the hike starts with a fairly easy jungle covered slope that evolves into a steep climb that involves having to pull oneself up a time or two. However, the view from the top of the karst mountain is well worth the effort as it provides a brilliant view in all directions of the beauty of Raja Ampat. With dozens of small rock islands surrounded by incredible blue water, the lagoon is the epitome of what Raja Ampat offers. For photographers, the colours are brought out best in the late afternoon or early morning with the soft available light working wonders. This photo was taken in the late afternoon and looks down to the SE toward the south lagoon mooring and a Super Yacht that is anchored in the area.

In case anyone was wondering why I have been so quiet lately it’s due to the fact I have been out to sea for the past three weeks,  once again lucky enough to spend the christmas and new years season of 2014-2015 cruising the beautiful Raja Ampat archipelago in eastern Indonesia.  Although I didn’t get to spend a lot of time taking photos (and almost no underwater photos) I was able to take a few shots here and there to illustrate a fantastic three weeks traveling through the area.  Here are a handful of photos to have a look at… 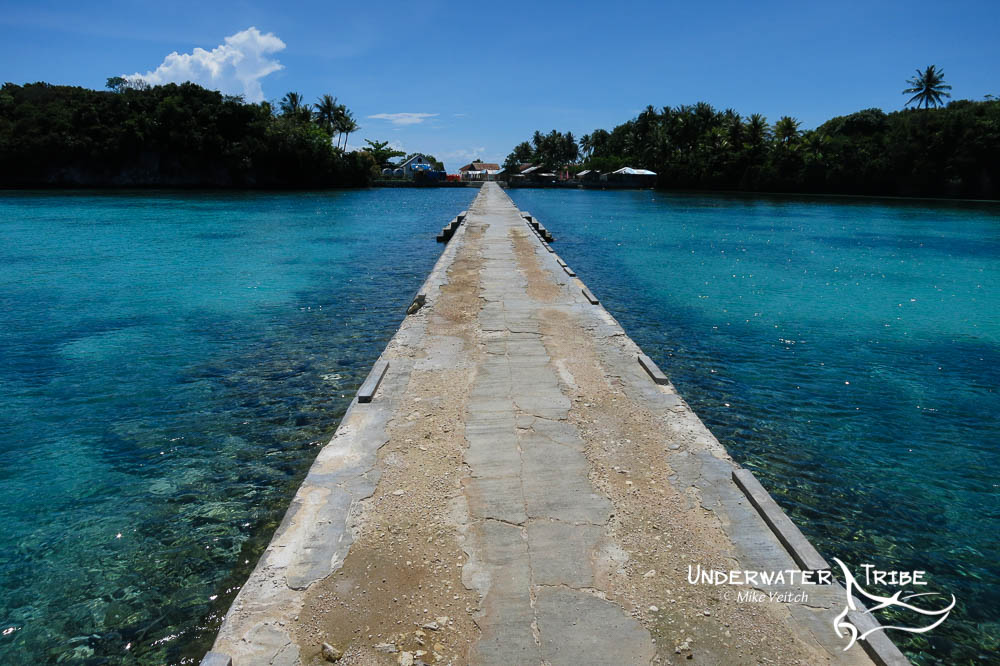 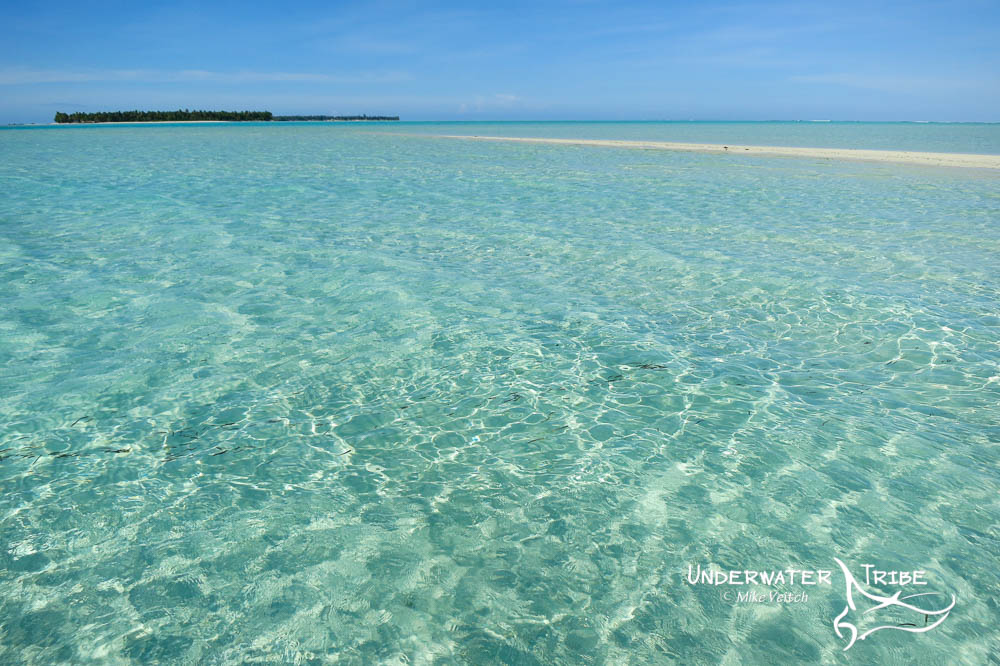 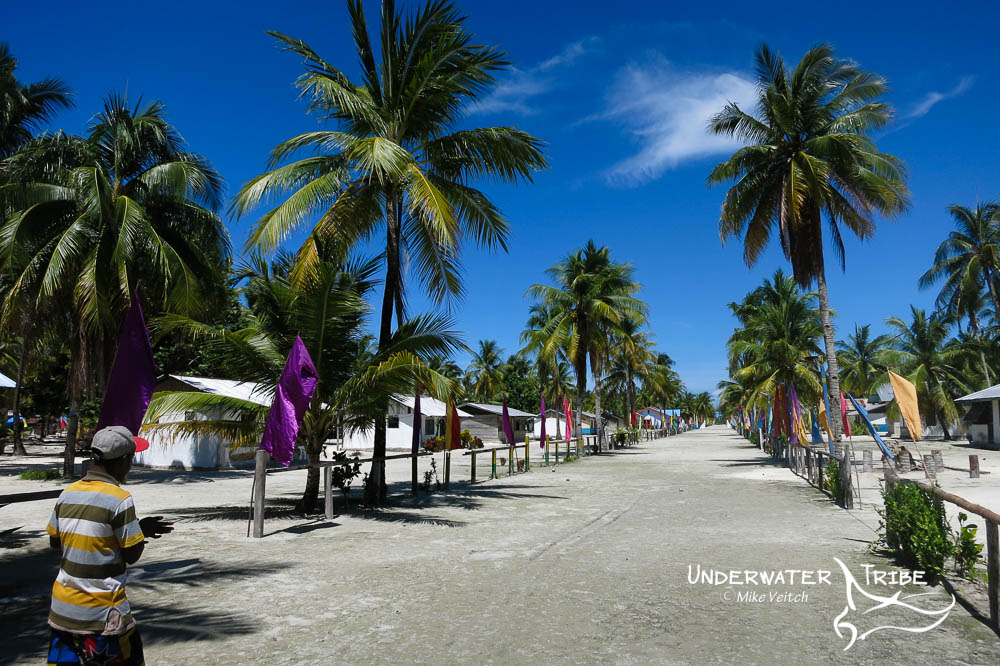 The view from the peak of Wayag, Raja Ampat, Indonesia 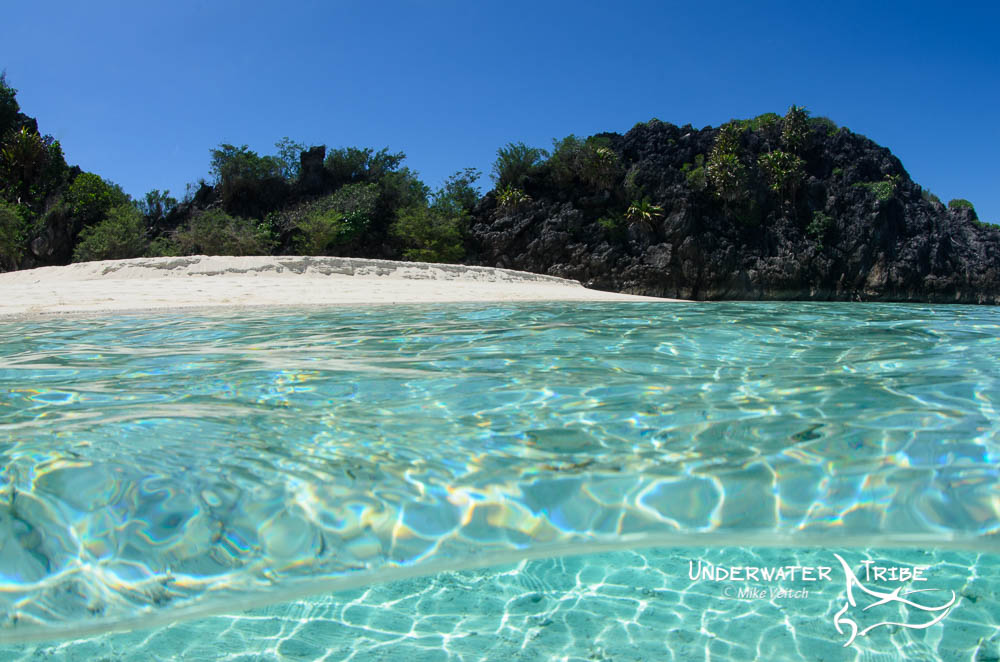 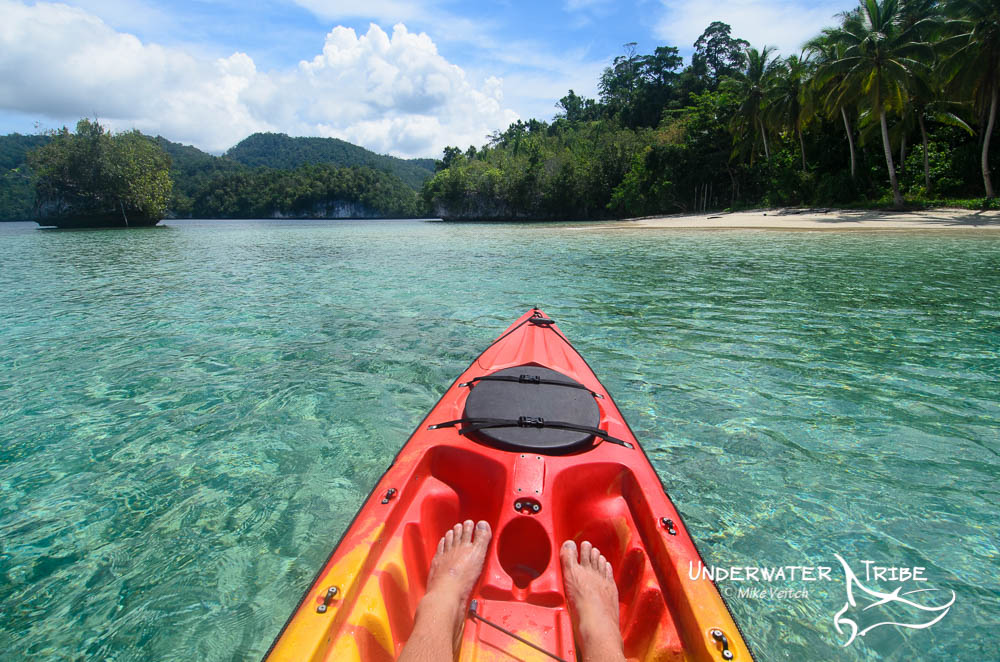 Kayaking along the islands of Waigeo, Raja Ampat, Indonesia 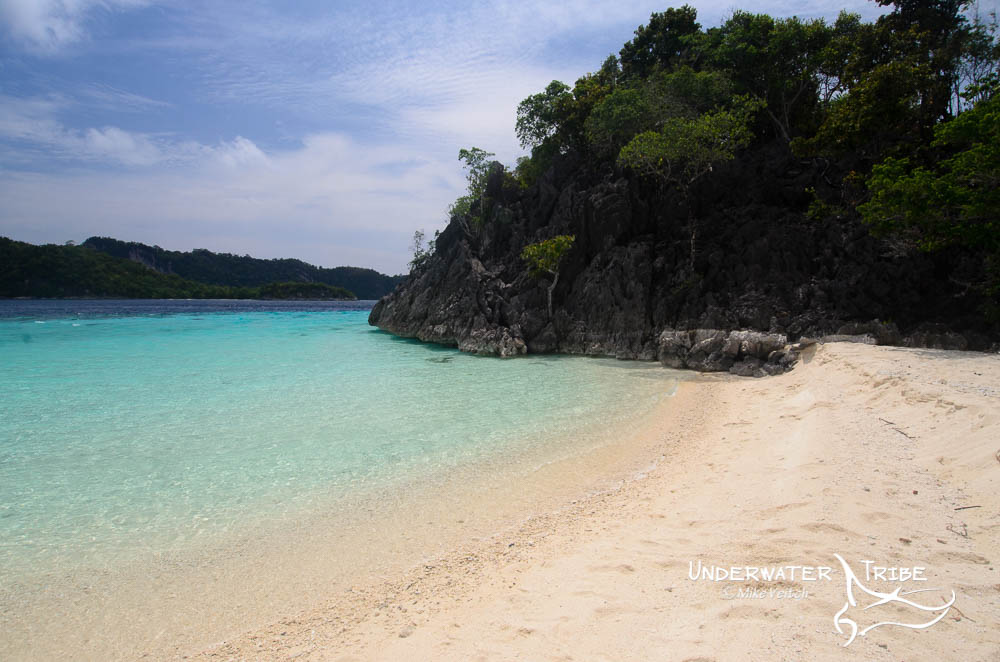 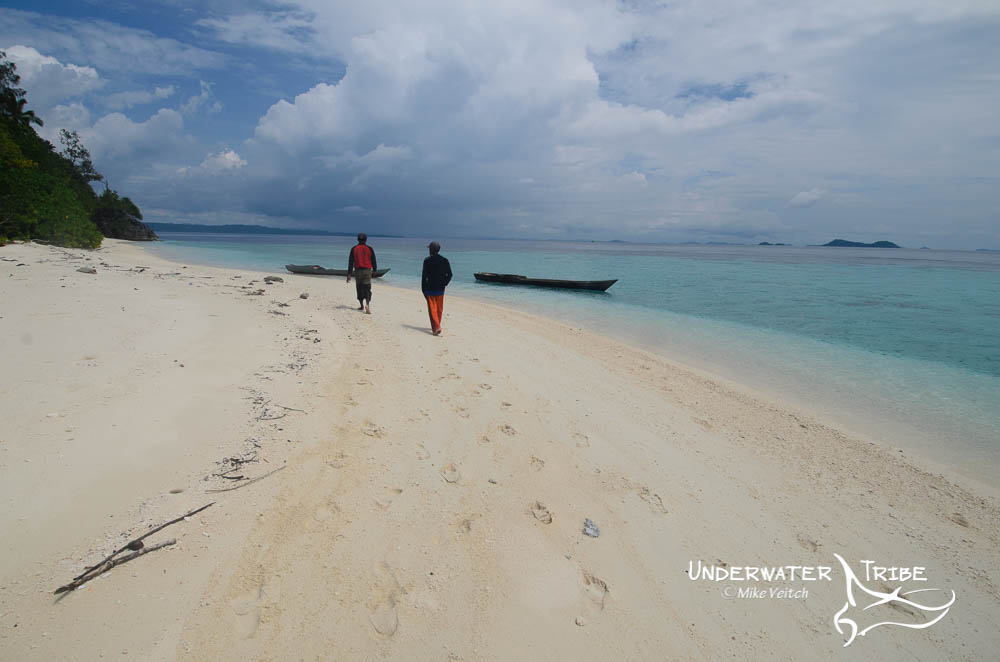 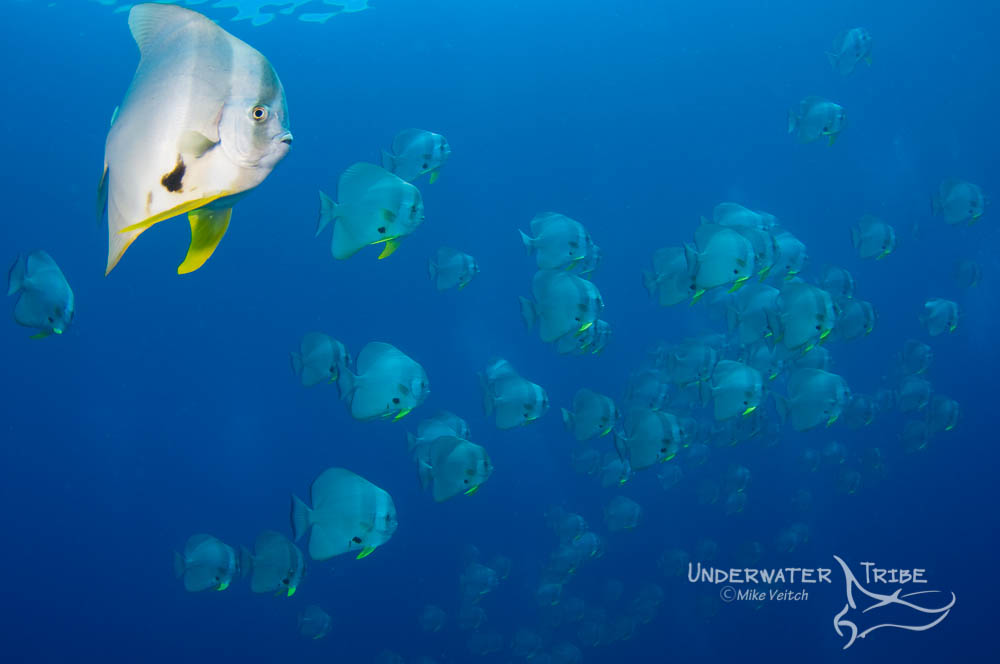 This shot is from my first ever trip to Raja Ampat and was taken at the iconic site of Citrus Ridge. Although this site would quickly become my favourite site in the northern R4 area after working on liveaboards there for several seasons, my first experience was certainly a memorable one. We jumped into the blue at the mouth of this channel dive and started descending toward the wonderful coral cover when I spotted this large school of batfish in the water column. Being a fan of big schools of fish, I never did actually make it to the reef on this hour plus long dive! With very minimal current, I was able to stay in the same area throughout and spent the full 70 minutes photographing this curious school of batfish as well as the thousands of fusiliers and baitfish that were swarming in the water column. Not to be outdone by the batfish, I was also visited by a large school of horse eye jacks and buzzed by a school of chevron barracuda. This image is my personal favourite of this memorable dive as the single batfish in the foreground seems to be curiously looking straight at me while the rest of the school swims away into the blue.

My latest article with Dive Advisor on their Sub2o blog is now out!  In the article I discuss how jetties and piers are very under rated for both divers and underwater photographers.

Here is an excerpt:  Piers and jetties often get a bad rap when it comes to divers, since many don’t show much interest in exploring docks at all. The most common excuses tend to be entanglement hazards from fishing lines, the potential for trash in the water, or the dreadful feeling of claustrophobia from being underneath a large object.

Follow the link to read the full article and photos

Jumping Off the Jetty – Sub2o Blog 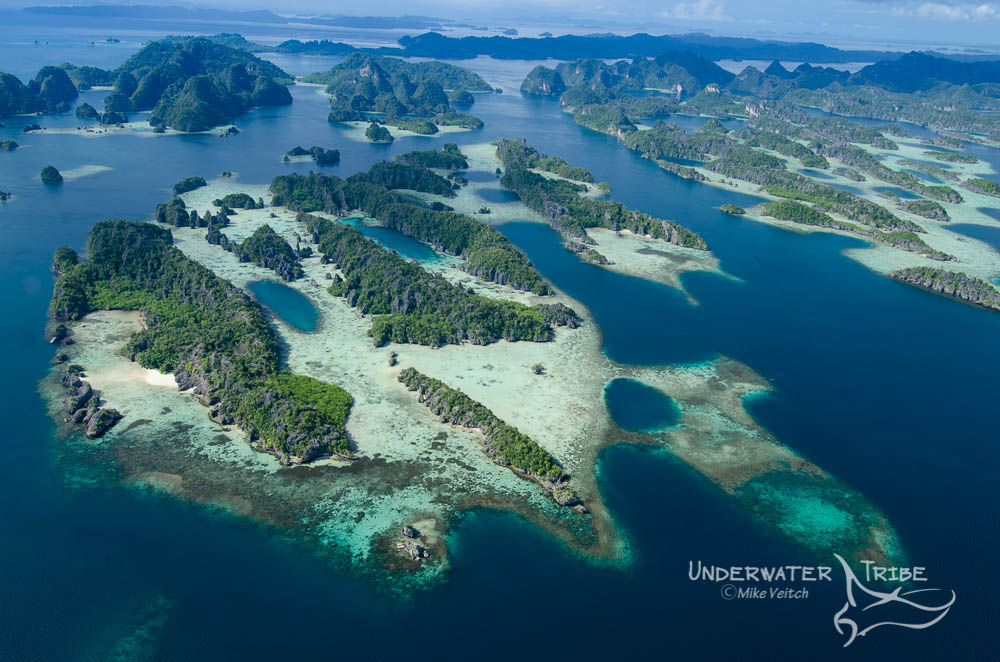 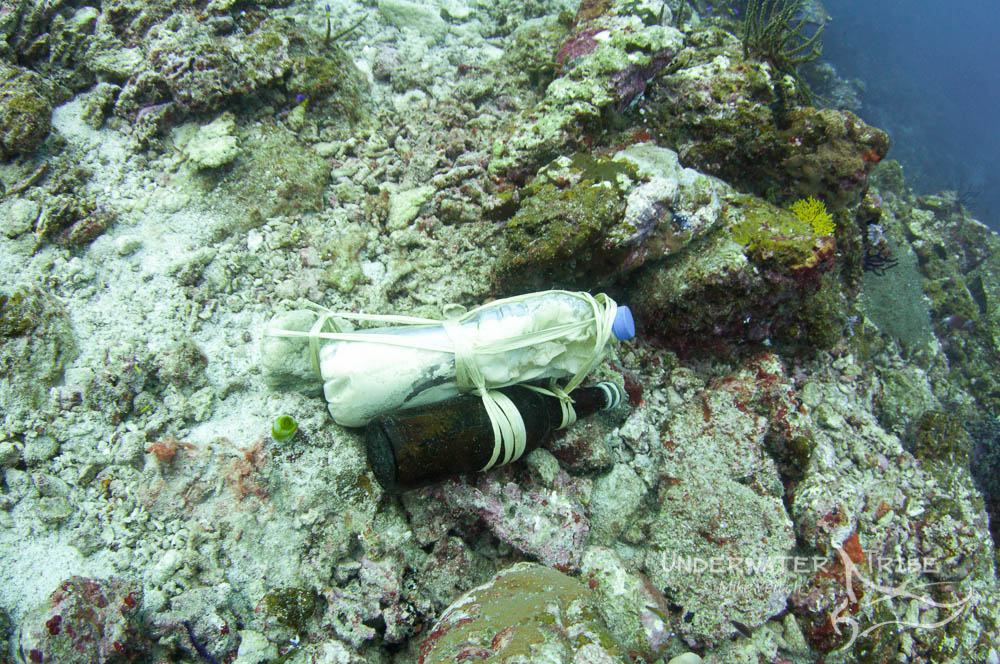 This is one of the harder photos I have ever taken!  Back in 2012 we (the Dive Damai) were exploring the Indonesian island chain of Halmahera, an area that is not well known to divers as it’s off the beaten path, lying between Raja Ampat and North Sulawesi.  We were transiting between Raja and Halmahera and stopped at the small island group popularly known as “Pulau Pisang” or “Banana Island” to dive on the pretty reefs that are located in the area.  I had already visited this area several times over the previous few years and looked forward to diving on a site that boasted a large population of fusiliers, surgeonfish, and red tooth triggers that would school in the currents just off the reef.  On this particular trip, we dropped onto the site and enjoyed the schooling fish and bright soft corals that populate the current side of a pair of small islets.  However, as we followed the reef around to the lee side we came upon the site of some freshly destroyed coral heads that could only be the work of illegal dynamite fishermen.  Obviously this upset me quite a bit, so I went about the process of taking photos of the destroyed coral heads while swearing profusely into my regulator.  While I was doing this, one of my fellow divers called me over and pointed out an object that immediately had me exclaiming even louder, an unexploded fish bomb lying on the bottom!  I immediately started to tell the group to surface, as I had no idea if this explosive could still be set off.  Of course I wanted to take photos of this “bomb” but I admit to feeling a rather deep sense of foreboding in doing it and had trouble convincing myself to get close.  I ended up turning off my strobes (didn’t want the electrical circuit to set anything off) and zoomed as far as I could before snapping off a couple of quick shots all the while anticipating the bomb going off with each camera click!

Although the shot is certainly nothing spectacular, it does show how simple these home made “reef bombs” are: a couple of bottles filled with fertilizer and diesel or kerosene plus a wick.  What is scary is that these items are made from pretty easy to get ingredients but pose a huge threat to reefs.