Attending the Wildlife Photographer of the Year Awards 2013 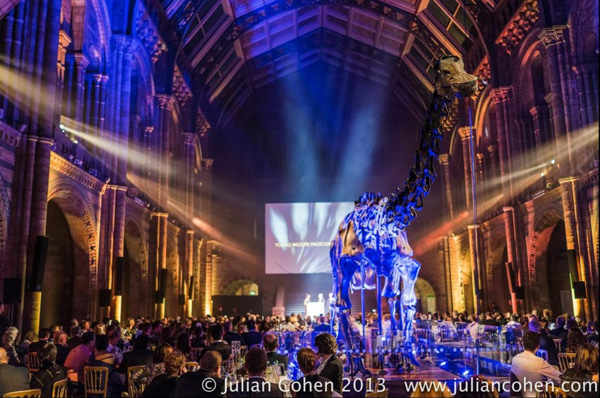 Back in May of this year, I received an email from the Wildlife Photographer of the  Year committee telling me that I had WON the “World in Our Hands” category of the WPYA, the most prestigious event of its kind in the world.  As you can imagine, I was instantly on Cloud 9 and very excited about what an honour it was; let me tell you, it has been a long six months trying to keep that one to myself!

Along with the honour of the award, category winners and runners up are invited to attend the awards banquet at the Natural History Museum in London along with several “media days” during awards week.  As it’s the first time I have ever won anything in such a big competition, I didn’t hesitate to attend; it’s one heck of a big ceremony!   The event started at 18:45 with a champage pre-banquet social and then everyone filed into the main area for the award ceremony.  I am guessing that there was easily between 500-1000 people at this event with sponsors, judges, vips, and photographers spread out throughout the main concourse that features the skeleton of a massive Brontosaurus as the focal point.  After a quick intro by the two MCs, they launched directly into the awards starting with the youth awards and then the major categories.  My award, the World in Our Hands, is one of the “main categories” and I believe I was called to the stage as the 5th winner.  I posed for a photograph, received my award and was asked a couple of questions before heading back to my seat where I was able to watch the rest of the winners and photos being presented.  After a break for dinner, the main event proceeded with the awarding of both the Youth Photographer of the Year and the Wildlife Photographer of the Year.  As a category winner, my photo was one of 12 images eligible for the main prize and the sense of excitement really kicked in as they dragged out the announcement which I am sure had all of the potential winners a bit nervous!  Although the image that I liked the best didn’t win (no, not mine, but rather the one of the polar bear looking out from the ice) the winner was certainly a worthy one, a ground eye view of a group of elephants at a water hole. 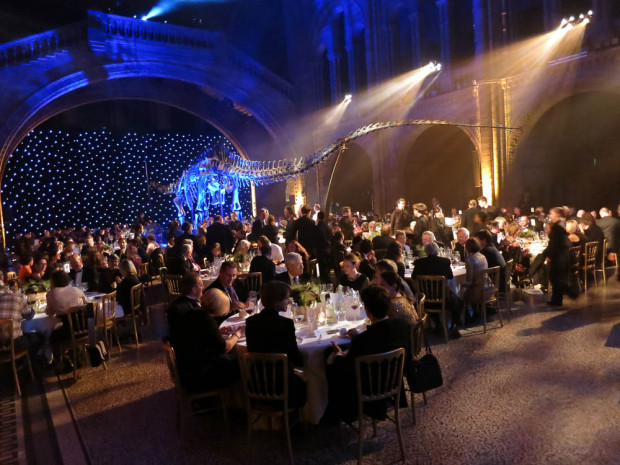 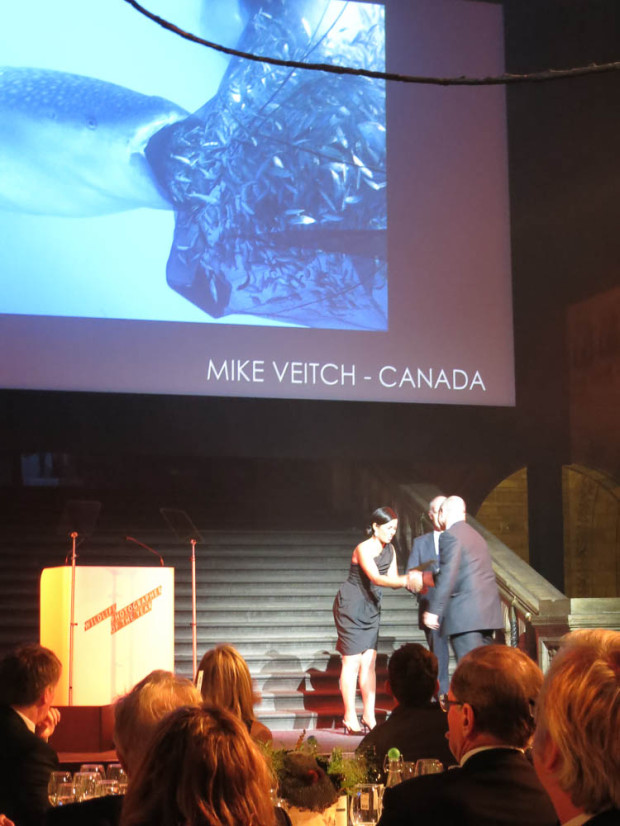 After the Grand Prize winners were announced we headed out to the main area of the museum to see all of our photographs displayed, along with the runners up and highly commended, in some very effective backlit display cases.  If you get a chance to visit the museum, it really is an effective display and shows all of the images at their best.  I also knew several of the attendees at the event such as Julian Cohen and Alex Tattersall who were runners up in Cold Blooded Animal Behaviour and Underwater World respectively.  The group of us really enjoyed seeing the photos and I believe we were all very impressed by what an amazing event it was. 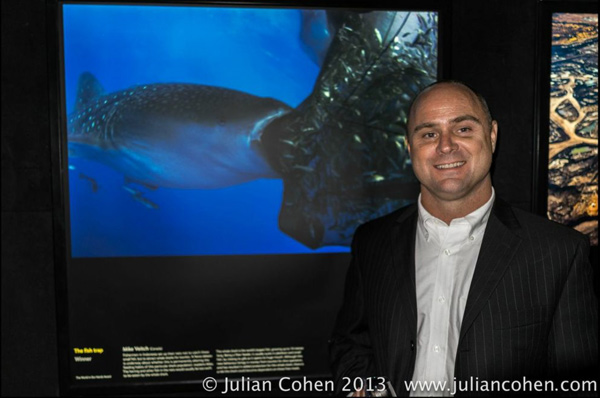 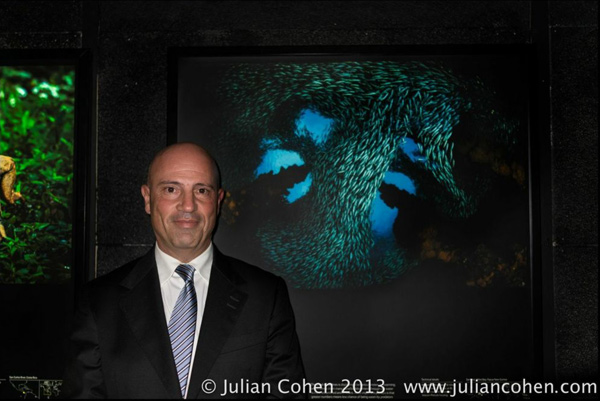 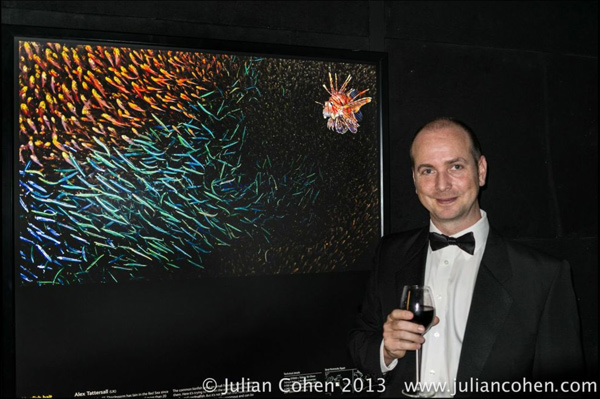 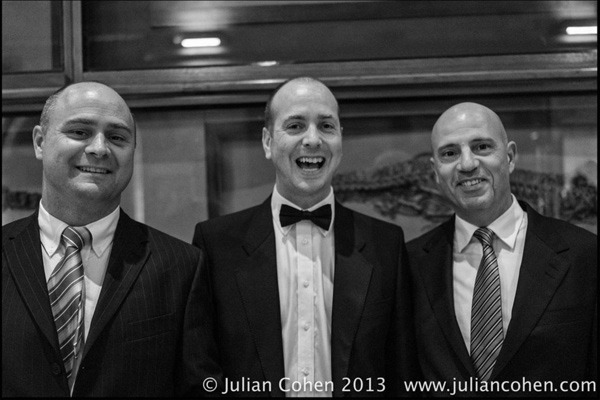 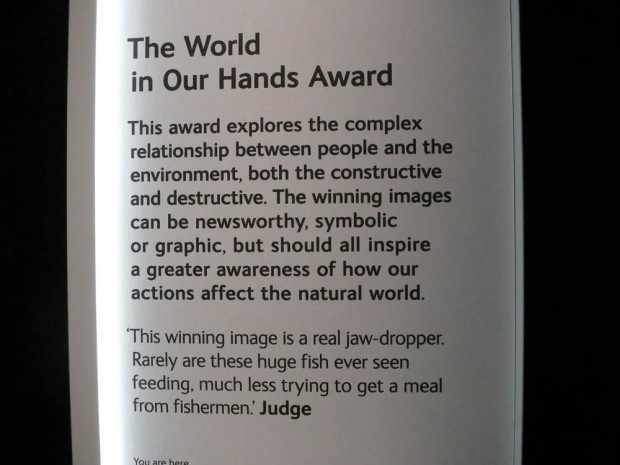 Hopefully I will be back again some day!

Thanks to Julian Cohen for most of the photos, I have stolen them from him!

All of the winning images can be seen at the Natural History Museum website: http://www.nhm.ac.uk/visit-us/whats-on/temporary-exhibitions/wpy/onlineGallery.do