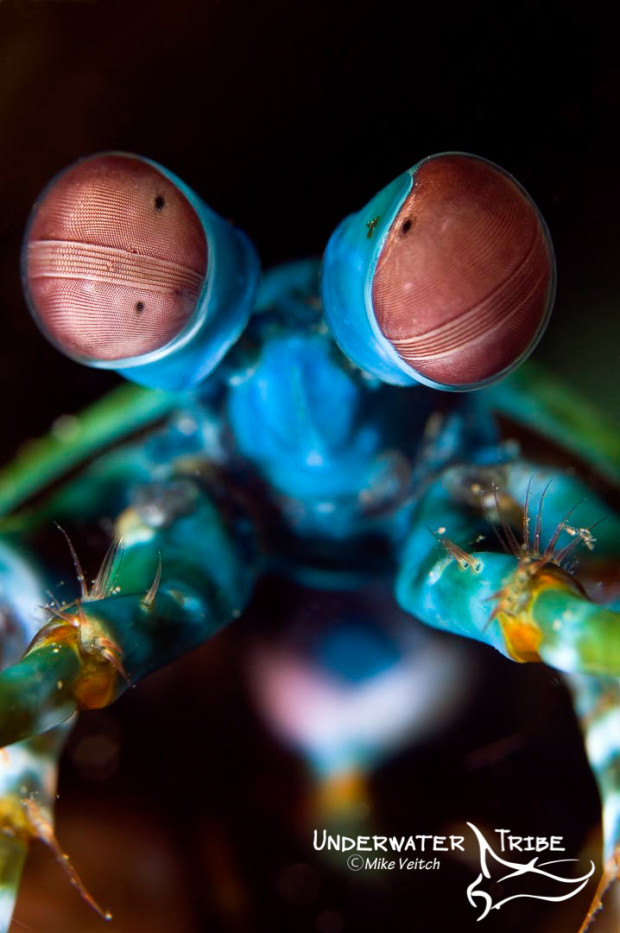 This is another cover photo from way back, it appeared on the cover of Scuba Diver Australasia in 2007.  This photo was taken at the site “Basura” in Anilao, Luzon Island in the Philippines, a stereotypical “muck” site that features a rocky slope dotted with larger coral heads located right in front of a fishing village. Hiding underneath one of these coral heads was a fairly large peacock mantis shrimp which proved to be one of the more feisty individuals that I have come across, as it showed no fear of my camera (or me) whatsoever!  It was a large specimen which was very protective of his (or her?!) space and came right out to challenge my camera as I tried to take photos. The key to this image was the fact that I had a +4 diopter on my 105mm at the time which allowed me to get much closer the shrimp than I would be able to with just the 105mm lens.