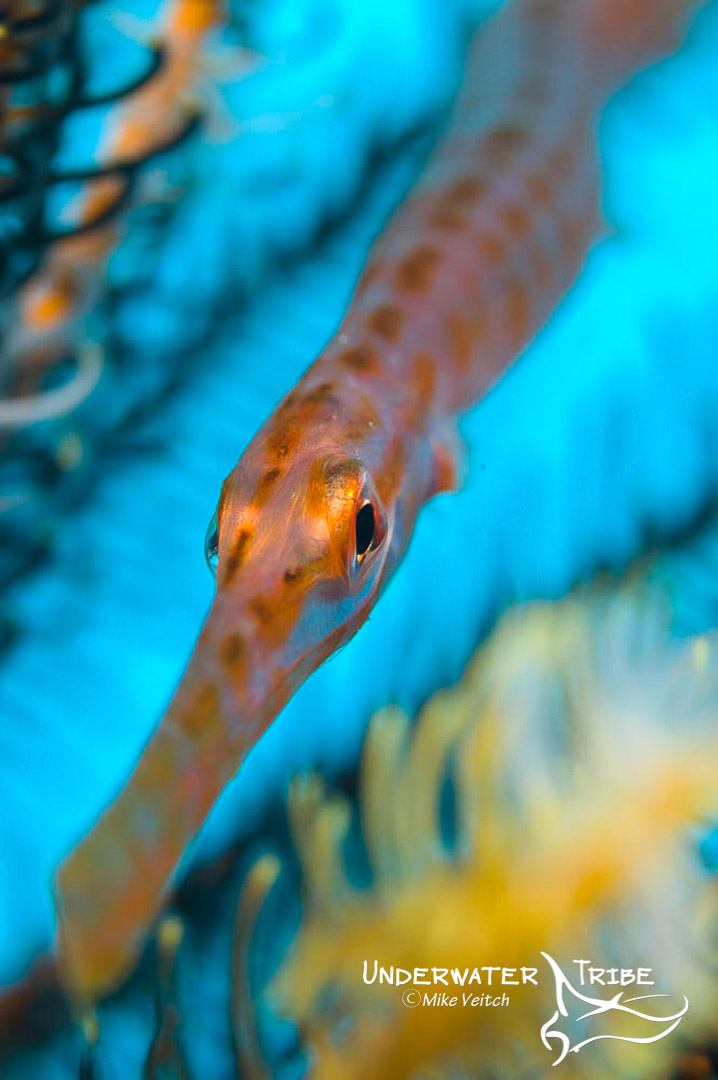 This photo appeared on the cover of Asian Diver magazine back in 2005.   As often happens with photos that get published, it was a last minute addition to a series of photos I presented to the Art Director who instantly knew this was the photo she wanted due to the myriad of colours that fill the frame. The main subject of the photograph is a juvenile trumpet fish that was hiding in a crinoid that was nestled within a sea fan on the dive site Yap Caverns in Yap, Micronesia. The idea behind this photo was to capture a bright blue background while shooting a small subject with a macro lens. The key element was finding a subject that allowed me to get below and shoot up, in this case the trumpet fish in a sea fan was a perfect opportunity.  Not many dive magazine at that time published macro photographs on the cover, this was my first “macro” cover, and I believe it was the blue background that really stood out to the Art Director.